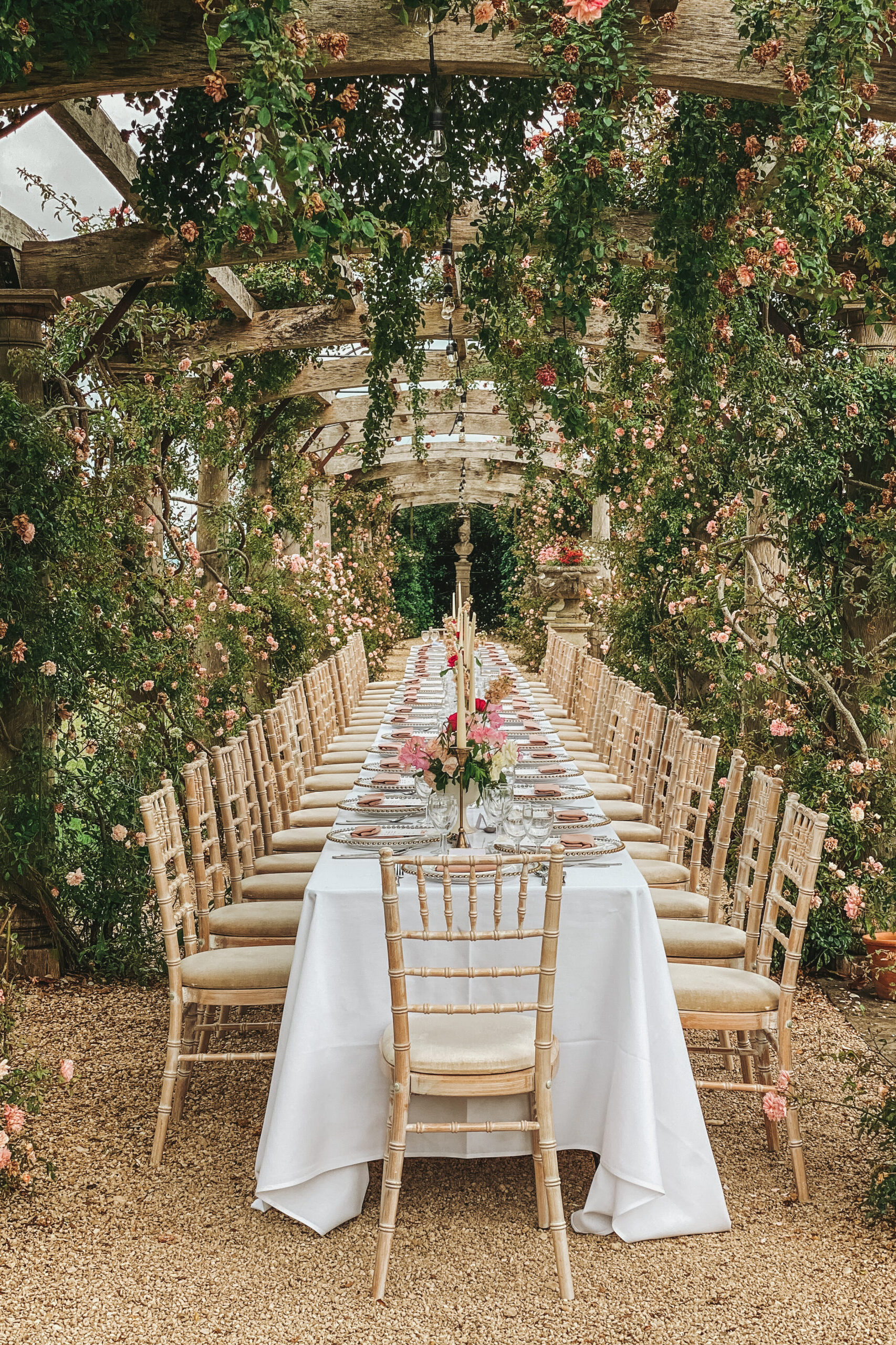 Things I’ve learnt from a summer full of weddings

Sorry but, what just happened? A minute ago, it was June, and I hadn’t been on-site at a wedding for a year and four months. Now, 16 weddings later, it’s September.

Sixteen weddings might not sound like a lot to some florists, photographers, and other suppliers who do up to three a weekend (maniacs btw), but two a month is a good number for me. The words that come to mind to describe this season are fun, challenging, and relentless.

And that was a lot after so much time out of the game. It pushed me massively out of my comfort zone, but it was also hugely helpful for teaching me things it could have otherwise taken years to learn. I consider myself to be very experienced; I’ve worked on all sorts of events, from awards dinners with complete set and design for 900 people to fashion shows to a surprise wedding. I’ve been doing this job in some form or another for nearly 11 years.

But I am always learning. Every job teaches me ways to make things better or just proof of how good it can be.
I wanted to share some of the practical things I have learnt over the last three months. The idea is that you can implement these points into your wedding plans and learn second hand from my experience. Let me know your thoughts!

One: Smaller dance floors are better

This point probably says something about the kind of weddings I do, but the dance floor is a pretty important part of a wedding. There’s nothing I love more than seeing a full dance floor of people singing their hearts out. It would help if you had a few key things to encourage that: a great band or DJ, a bit (or a lot) of booze, and a dance floor.
Keeping that dance floor small creates that all-important party atmosphere much easier. Although you can bust out all the helicopter moves when there’s a big space, it’s much easier to get lost.

This summer, there have been a few occasions where I’ve had a bad feeling about a supplier or thought detail had been missed. On every single one of those occasions, I was right. The marquee company I wasn’t sure about turned out to be a complete pain. The car company I thought were going to be a nightmare, were a nightmare. Check, and don’t feel bad about it.

Three: Give people grace, but hold them to their professional responsibility.

This point is probably more important now than ever before. As a planner, I’ve noticed that lead times are longer, responses to emails are slower, and people are busy. But, that does not mean that suppliers can be voided of all professional responsibility.

It’s essential to give people grace. The level of work most suppliers have has been beyond their control and due primarily to rescheduled weddings. Although they might take a bit longer to reply to your emails, you best bet everyone I have worked with this year has turned up on-site, prepared and full of enthusiasm, ready to do their best for you. But it is a fine line, one that is difficult to find.

Four: Last songs are just as important as your first dance

This prompted me to make a playlist: Best last dance songs which will be released soon… Join The Club to be notified.

Six: A good team makes a world of difference.

As a planner, I get judged a lot as someone who will walk in and be difficult and dictatorial. The reality is that the vast majority of suppliers, myself included, have the same result in mind and want to laugh while doing it—major shoutout to all of Tom & Max’s suppliers here, who were a bloody joy throughout.

Seven: A wedding can be planned in 8 weeks.

I know because I did it, twice. Again, this isn’t new information. In 2018, I planned an international wedding in 10 days. But it’s a healthy reminder that it can always, always be done. Whatever “it” is.
That doesn’t mean we should be aiming to plan weddings in 8 weeks (please no), but there are circumstances (such as this year) where it’s the most sensible, logical, and cost-effective thing to do. And I think those couples will agree with me they didn’t suffer at all. Sure, they had to be slightly more flexible in their vision, but if you’ve seen the gorgeous Holland Park wedding I planned in August, that was one of the 8weekers.

Eight: The weather is never accurate

To end on a simple note, the weather is never accurate. This summer has been ridiculous. It’s been glorious sunshine on days where it’s supposed to have rained and vice versa. Have a plan A and B, and don’t have your heart set on either. Welcome to blighty.

I hope this post has enlightened you, given you something to think about, or at least been mildly interesting. If you have any questions or want to talk further, give me a shout.